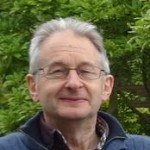 I worked as a Consultant Psychotherapist since 2009 in the North Tyneside Psychological Therapies Service until I was made redundant in 2014.   I began my career running a community for people recpovering from drug addiction before training as a social worker in the early 80’s. While working as a social worker in a Community Mental Health Team in Westminster, I trained as a psychotherapist at the University of Warwick where I  first met Dr A Ryle, the founder of Cognitive Analytic Therapy.  After completing my CAT training in 1990 I became a Founder Member of ACAT and had roles as Vice-Chair, Training Division Chair and UKCP representative in the nineties. I moved to Leeds in 1990 to run Information for Mental Health and also worked as a psychotherapist at the Retreat Hospital in York before moving to the Leeds Community Mental Health Trust as a psychotherapist. I helped establish CAT North with Glenys Parry in 1991 and the Inter-Regional ACAT Residential Psychotherapy Training with Hilary Beard in the late 90’s. From 2002 I researched the reliability and validity of reformulations and the process of writing them, for which I was awarded a PhD in 2010.

I am currently working as a CAT supervisor and trainer and also offer private psychotherapy in Durham/the North East.

Welch, L. (1995) Can the concept of competencies help us to be competent? ACAT Newsletter no 6 August p 10-15 (conference presentation)

Welch, L. (2004) Thoughts on the inner dialogue between a CAT therapist and Karl “I am not a Marxist” Marx Reformulation Issue 23 Autumn p 24-26

This website uses cookies to improve your experience while you navigate through the website. Out of these, the cookies that are categorized as necessary are stored on your browser as they are essential for the working of basic functionalities of the website. We also use third-party cookies that help us analyze and understand how you use this website. These cookies will be stored in your browser only with your consent. You also have the option to opt-out of these cookies. But opting out of some of these cookies may affect your browsing experience.
Necessary Always Enabled
Necessary cookies are absolutely essential for the website to function properly. This category only includes cookies that ensures basic functionalities and security features of the website. These cookies do not store any personal information.
Non-necessary
Any cookies that may not be particularly necessary for the website to function and is used specifically to collect user personal data via analytics, ads, other embedded contents are termed as non-necessary cookies. It is mandatory to procure user consent prior to running these cookies on your website.
SAVE & ACCEPT